What are the Columbian Squires?

Membership in the Columbian Squires means many things to many people. To some it means being part of a worldwide organization of young Catholic men, and to others it means being part of a small parish or community youth group. Some look upon their membership as a chance to change the world through volunteer involvement in the Church and the community; and others look upon membership as a way they can simply help their pastor, neighbor, school or parish. Being a member of the Columbian Squires means all of these things and more. It means being a leader—someone  who knows what to do and when to do it. Sometimes, it means showing others the way, and at other times following their lead. Actively participating in programs, serving as an officer, making decisions, attending meetings and conventions—these are the things that Columbian Squires do.

How did the Squires get started? 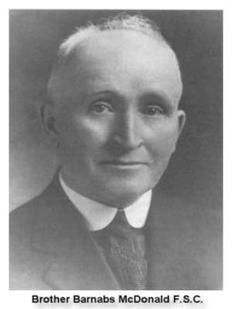 At the annual meeting of the Supreme Council of the Knights of Columbus held in Atlantic City in August, 1922, the Most Reverend Thomas J. Walsh, Archbishop of Newark, New Jersey, made a plea to the Knights of Columbus to enter the field of boy work. He said, "If the Knights of Columbus will take care of the growing boy, then the boy grown into manhood will take care not only of the Knights of Columbus, but of the Church and the nation as well." The sincerity and urgency of the archbishop's request prompted Supreme Knight James A. Flaherty to name a special committee headed by then Deputy Supreme Knight, Martin H. Carmody to study the feasibility of organizing a junior order.    At about the same time that the Knights were setting up their special committee, Brother Barnabas McDonald, FSC, a Christian Brother regarded by many to be an expert in the field of youth apostolate, was working on a proposition for the Knights of Columbus to become involved in the field of boy welfare. Brother Barnabas' plan included formation of an elite group of boy leaders as the junior organization of the Knights of Columbus. His plan was brought to the attention of the Knights' special committee, which eagerly approved the proposal and recommended its adoption at the June, 1923 meeting of the Board of Directors. This recommendation was formally adopted at the Supreme Council meeting in Montreal in August, 1923. Two years later, on August 4, 1925, the first Columbian Squires circle—Duluth Circle 1, Duluth, Minnesota—was instituted in ceremonies that highlighted the Knights of Columbus' annual convention. In the years to follow, the program experienced widespread and rapid growth. Circles were instituted throughout the United States, in Canada, Mexico, Puerto Rico, Guam and the Philippine Islands. Today, there are over 25,000 young Catholic men between the ages of 10 and 18 holding membership in and participating in the programs of approximately 1,400 Columbian Squires circles.

What Do the Squires Do? 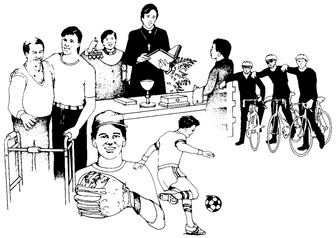 The Laws and Rules of the Columbian Squires states that the object of the program will be "the spiritual, cultural, civic, social and physical improvement of its members, and the development of their leadership qualities." COLUMBIA, the monthly magazine of the Knights of Columbus, similarly states that its objective shall be "to prepare Catholic young men to become leaders among their fellow citizens." Since the founding of the Columbian Squires, these intentions have been steadfastly pursued.

The common thread running through each of these activities is the leadership training it offers. Every squire has opportunities to run for officer positions, to serve as a committee chairman, and to be actively involved in debating issues the circle should address.


More specifically, squires have the opportunity to develop many leadership skills through active participation in the circle. For example, squires exercise their public speaking and debating abilities by voicing their opinions in discussions, and by making reports. Officers and committee chairmen are able to sharpen their decision-making, program administration and parliamentary procedure skills. Most importantly, members develop their confidence, trustworthiness, loyalty, piety, honesty, humility and charity.